Kyulux develops materials for OLED display and lighting panels, with a focus on TADF and Hyperfluorescence emitter and host materials. The emissive layer of an OLED, comprised of an emitter and a host, is the heart of the OLED panel, where the electric charge is converted into light.

TADF (Thermally Activated Delayed Fluorescence) emitters, first developed in 2012, achieve 100% IQE without any rare metals, and are so believed to be the future of OLEDs. TADF emitters were invented by Dr. Chihaya Adachi and his research group in Kyushu University. 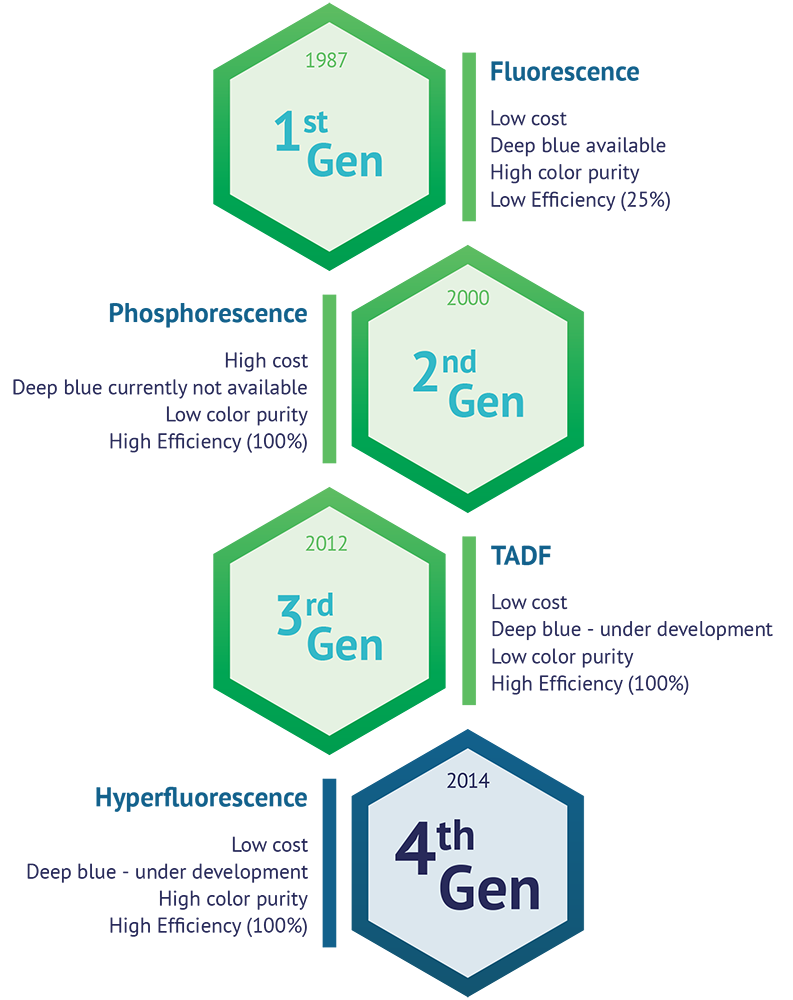 For the first time ever, Hyperfluorescence emitters manage to bring together high efficiency and a narrow spectrum and are thus poised to become the ultimate emitter system.