Sometimes even accidents can lead to good things, if you take the right steps

Treat hardship as a gift-take a step toward improvement from the moment you realize something important and start taking action.

I am a developer at Kyulux’s material development team – who also supports our customers with material and device evaluation. I started my work in the field of OLEDs many years ago, and I spent 10 years developing devices based on phosphorescent materials, helping to launch the OLED industry’s mass panel production. After I retired from that job, I left the OLED industry for about 7 years and started my own business in a different field. A faithful event made me re-enter the OLED industry – a major car accident on my birthday. I was lucky to survive but suffered from severe injuries to my back. After a long period of medical treatment, I realized that this accident could be a turning point for me, to reconsider my life and make good use of them and contribute to the world. I think this was a true gift from God. This was also an opportunity to take a close look at my future and my past. I had good support from the people in my life, and I was gratefully to return to health, and I wanted to do something to give back. After a while I understood that the answer lied in the field of OLEDs. It was lucky that I happened to receive an email from Kyulux, scouting for a job. At first, I didn’t consider Kyulux as a possibility, because I didn’t live in Fukuoka, but the more I learned about Kyulux the more I got excited as Kyulux develops cutting-edge technology, the fact that it was a startup, and that it has the potential to become a Unicorn. I was interviewed by Professor Adachi from Kyushu University which highly impressed me, and then I didn’t hesitate anymore. 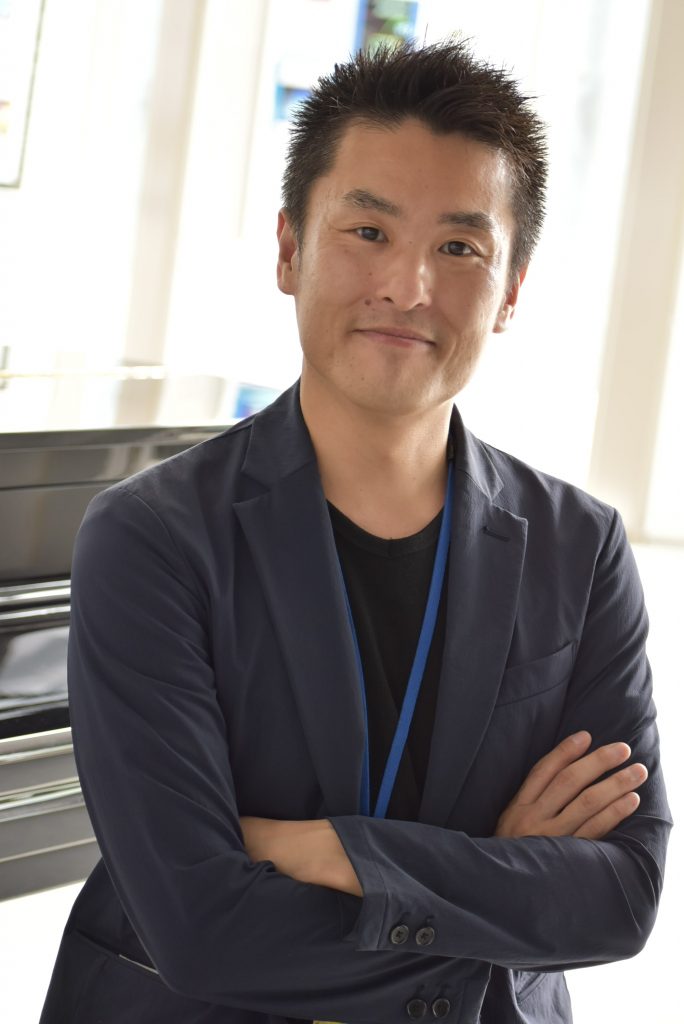 When I was running my own company, I didn’t have to worry about hierarchies and spend too much time on corporate issues. The business was doing well after the 4th year, and I thought it was an ideal environment for me. I felt that my dream had come true. When I joined Kyulux, I was surprised to find that many members were younger than me, but regardless of age, I always try to stay humble, honest and accepting. The work at Kyulux is highly rewarding, but it can also be stressful at times. Strangely, when I compare the days I spent as a sole proprietor without the stress of relationships with my current job at Kyulux, I find that I am actually happier now. Working with people gives me new challenges, discoveries and opportunities for growth.

Everything is connected, and cutting-edge technology supports human relationships

There are many amazing people working at Kyulux. But one person really impressed and surprised me. I found that person to be highly complex and fascinating, both in logic and personality- A person who can convey to others a picture that has been assembled with a detailed logic of “a completed 10,000-piece jigsaw puzzle”. Many years ago, he talked to me when I received an award at an academic conference I attended. But many years passed, and I was surprised to meet him again at the interview at Kyulux. I didn’t quite remember his name, but recognized his face, and we were both impressed that he remembered me in detail.

This person influenced me in my first steps at Kyulux, so I was able to switch my way of thinking to be positive and I am sure it is because of him. But that was not the only surprise for me when I joined.

When I was in the University, there was a someone I cannot forget. He was a high school student came to a University tour and he had special thought that “We should choose a University only based on research content, not based on the Deviation Values.

I was really impressed that a high school student could show such a good spirit, and he went on to sign up to the same university as I did. After that, he was assigned to the laboratory that he had hoped for, and after graduation, got a job at the same company as me, so I felt a strong connection with him. We each went our different ways but, years later, it was amazing that we met him at Kyulux.

Currently, we both belong to the same Business Development Department, and I feel that this is destiny in the situation where we are moving towards the same dream side by side with him.

After all, our aim is to bring our materials to the market as OLED materials for TVs and smartphones. Many companies in the world have entered the OLED market and are developing new technologies every day, but I hope we can create the best materials that are said to be made in Japan.

My work can sometimes be challenging, but I always get great support from my family. When the children were young, keeping a good work-life balance was difficult. But the kids have grown up, and seeing them go out in the world and being independent, this gives me inspiration to achieve my goals.