Kyulux Inc., a world leader in next generation of organic light emitting diode (OLED) HyperfluorescenceTM/TADF technology, participated on August 29, 2019 in a ceremony held at the Owme Exhibition hall at Tokyo Big site. During this ceremony, Kyulux, Kyushu University and QB Capital received the prestigious Japan Science & Technology Agency award (JST University Venture Award) in which the most promising start-ups are chosen based on academic research outcomes. This award is meant to promote start-up and post-enterprise activities, and further support university-originated ventures from universities and companies. 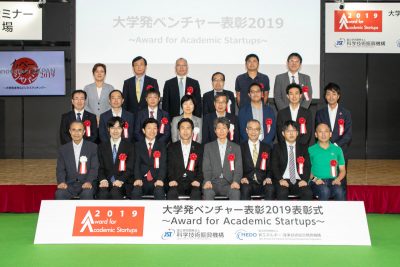 Kyulux announced winning this prize at the end of July 2019, and this ceremony marked the formal granting of the award. Participants in the ceremony reported the it was extremely successful and included a standing ovation from the audience during the award distribution. The award-winning venture pitches and posters were displayed, to introduce the award-winning businesses and the support from universities and companies. 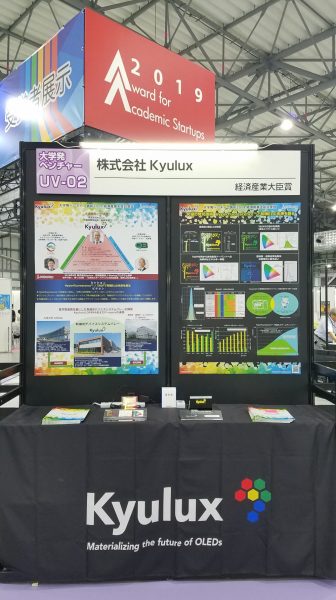